Electrology is the practice of electrical hair removal to permanently remove human hair from the body electrolysis is the actual process of removing hair using electricity. In electrolysis, a qualified professional called an “electrologist” slides a hair-thin solid metal probe into each hair follicle — without puncturing the skin.

When inserted properly, electricity is delivered to the follicle through the probe which causes localized damage to the areas that generate hairs (either through the formation of caustic sodium hydroxide, the galvanic method, overheating thermolysis — or both the blend method topic modalities).

Three modalities are used in electrology: galvanic, thermolysis, and blend. All three methods have their own merits, and one method is not better than another.

The success depends on the skill of the electrologist, the type of hair being removed, the condition of the skin, and the “pain threshold of the client”. All 3 methods, when properly performed, can be thorough at destroying the hair matrix cells — thereby leaving follicles incapable of regrowing hair.

This modality is named after Luigi Galvani and uses a person’s body as an electrolytic cell. Galvanic electrolysis was first reported in medical literature in 1875, by ophthalmologist Charles Mitchell as a method for removing ingrown

A galvanic hair remover is essentially a positive-ground power supply that delivers 0 to 3 milliamperes through the body. The follicular probe is the cathode of an electrolytic cell sodium hydroxide formed at the cathode by the process of chemical electrolysis (this kills the hair matrix cells). 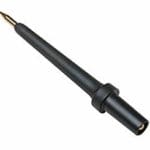 A Thermalitic Hair Remover is essentially a radio transmitter –usually with an output of about 0 to 8 watts, at a frequency of 6 megahertz. RF energy emanates from the probe tip to tissue within about a millimeter; thermolysis works by heating the hair matrix cells to about 48 to 50 degrees Celsius (118 to 122 degrees Fahrenheit), causing electrical AG.

Topic/ Blend method — the galvanic method and thermolysis are often combined in the blend method (developed by Arthur Hinkle in 1948), which uses both RF and direct current – combining many of the advantages of both methods.

Topic/technique: the practitioner selects a metal probe that slides easily into the hair follicle — usually the same diameter as the hair shaft (or smaller), the probe is typically 50 to 150 micrometers to inches for all 3 modalities. Care is needed to insert the probe at the same angle as the hair is growing out of the skin.

The probe is inserted to the depth of the hair matrix at the site where hair is formed. The power and duration of the electricity are started at the lowest setting, then gradually increased (til the hair comes out as easily as possible).

If the patient experiences significant discomfort, the settings can be lowered. Topic treatment duration: most practitioners will advise that complete removal of male-pattern facial hair takes between one and four years with an average treatment length of 2 years.

In case of one session per week & one hour per session, the removal of body hair works considerably faster.

Topic: status of profession in the US — electrolysis is regulated in many states, requiring training and licensing.

Electrolysis as a profession faced new competition in the 1990s, after laser hair removal was developed and promoted as a quicker and easier way to remove hair; however the US Food and Drug Administration (FDA ) declared laser can only claim to reduce hair growth. (not permanently remove it ) 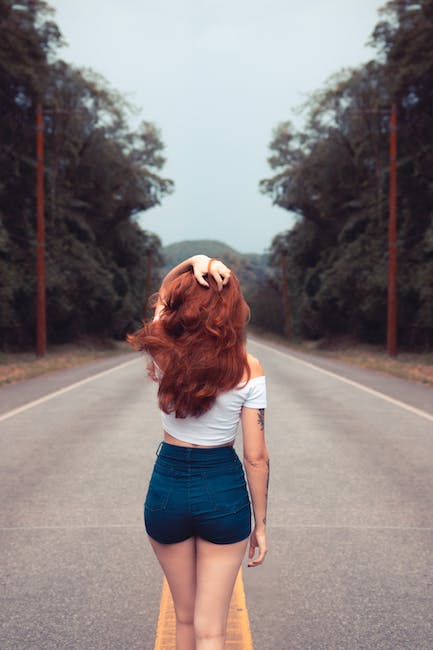 Stuti G.
2022-09-22 08:57:48
Rescue spa is my fave spa to get a facial and massage! I have visited several times with different aestheticians but I definitely recommend Valerie! The... read more

Justina G.
2022-02-15 09:10:23
What an incredible experience from beginning to end. This review is for the rescue facial, blowout and eyebrow threading. I was running a little late to... read more

Heidi G.
2021-11-12 10:47:48
I looked long and hard for someone who understood what a good wash and blow meant. After moving here from NY I needed to find someone for a weekly blowout.... read more

Denise H.
2021-03-21 12:28:26
Today was a beautiful day for Mohamad to try highlights on my chocolate brown hair! His amazing precision and carefully poised technique would charm a... read more

Cindy P.
2021-02-07 13:57:32
So I was allowed to use my gift card after all. I was worried about receiving poor service after the runaround I was given to begin with concerning the... read more

Christine C.
2021-02-03 11:43:36
I have been coming to the spa for years for facials. I recently booked an appointment for a blow out with Mohamad. It was an unbelievable experience.... read more

Lauren C.
2021-01-29 12:33:25
There are so many wonderful aspects about Rescue Spa, but for this review I would like to specifically focus on the salon. Yes, there is a salon at Rescue... read more

Martha G.
2021-01-25 09:56:51
Rescue Spa terrific as always! Mohammad did my blow out and it was magnificent. It was perfect and very sophisticated looking. It was designed for me as... read more

Sara H.
2021-01-17 13:39:18
This was my first time at Rescue Spa and Mohamad did such an amazing job! The salon decor is absolutely beautiful. I walked in with flat lifeless hair and... read more

Hannah B.
2021-01-11 20:33:08
CUSTOMER WARNING: check your products expiration date before purchasing, even if you need to take it out of the box!!! Very unfortunate to purchase a mid... read more

Aylin A.
2020-12-18 22:52:36
I scheduled an appointment for the third time at Rescue Spa with a giftcard for a swedish massage from my fiance for a Christmas gift. I had amazing... read more

Ashley T.
2020-12-15 14:44:33
I had an amazing experience for my birthday with Val. I got the Rescue Facial and it was absolutely incredible! Not only was it deeply, deeply relaxing, but... read more

Angella L.
2020-11-18 13:41:34
Rescue Spa is an upscale day spa in Rittenhouse Square, Philadelphia. I had many facials and massages, and both services were beyond excellent. The interior... read more

Josh S.
2020-11-06 06:32:39
Incredible experience! My best friend and I I got massages and facials yesterday. Beautiful experience. read more

Jessica S.
2020-03-26 14:36:26
I bought an expensive product from this company, and the bottle lid broke and started leaking not long after. I wrote with photos, and the first response... read more

Ashley T.
2019-12-10 17:58:43
I decided to treat myself to a wonderful spa day and Rescue Spa was a great part of my day. Everyone is really nice and professional from when you walk out... read more If you have a website, this will work for any business and niche. Know that some large, popular niches  or those in larger cities face more competition, so it is only natural that these businesses can take longer to rank.

If you want to STAY on top, it’s a Monthly proposition. Ranking isn’t a “one and done” .. rather, it’s an ongoing expense — yet it can bring in more customers to your business.

Interested in improving your reputation?  Maybe you don’t have enough reviews, or you wish to “hide” Negative reviews.

Instigate a Better, Smarter Method to Advertise Your Business Today !